Every company that uses Puppet eventually gets to the stage in their development where they want to store “secrets” within Puppet. Usually (hopefully!) your Puppet manifests and data will be stored in version control in plaintext and therefore adding these secrets to your manifests has some clear security concerns which need to be addressed.

You could just restrict the data to a few select people, and have it in a separate control repo, but at the end of the day, your secrets will still be in plaintext and you’re at the mercy of your version control ACLs.

Fortunately, a bunch of very smart people came across this problem a while ago and gave us the solutions we need to be able to solve the problem.

hiera-eyaml has been around a while now and gives you the capability to encrypt secrets stored in hiera. It provides an eyaml command line tool to make use of this, and will encrypt values for you using a pluggable backend. By default, it uses asymmetric encryption (PKCS#7) and will make any value indecipherable to anyone who has the key. You can see the example in the linked github repo, but for verbosity sake, it looks like this:

In order to see the encrypted-property, you need to have access to the preshared key you used to encrypt the value, which means you have to copy the pre-shared key to your master. This is fine if you’re a single user managing a small number of Puppetmasters, but as your team scales this actually introduces a security consideration.

How do you pass the preshared key around? The more people that touch that key, the less secure it becomes. Distributing it to 20 odd people means that if a single user’s laptop is compromised, all your secrets will be under threat. Fortunately, there’s a better way of managing this which is facilitated by the plugin system hiera-eyaml supports, and the solution is hiera-eyaml-gpg

In a nutshell, GPG is a hybrid public and private key encryption system. In a bullet point format:

Thinking of this from a Puppet perspective:

As you can see, this drastically improves security of your important data stored in hiera. With that in mind, let’s get started..

There are plenty of docs out there to explain how to generate a GPG key for each OS. In a short form, you should do this:

You’ll get a handy menu prompt that will help you generate a key. SET A PASSPHRASE. Having a blank passphrase will compromise the whole web of trust for your encrypted data.

Generate a GPG Key for your Puppetmaster

Because GPG operates on the concept of each user using different keys, you’ll now need to generate a key for your Puppetmaster.

If you’re lucky, you can just use the above command and have done with it. In order to be more specific, here’s the way I know works to generate keys:

Now, the GPG we generate for the puppetmasters need some special attributes, so we’ll need a custom batch config file at /etc/puppetlabs/.gpghome/keygen.inp. Make sure you replace _keyname_ with something useful, like maybe puppetmaster

Now that’s done, you should see a GPG key in your puppetmaster’s keyring:

A web of trust

GPG keys operate under the model that everyone has their own public and private key, and everyone in your team trusts each other (hopefully you trust your colleagues!). In the previous step, you generated a key, now, you need to make sure all your colleagues sign your key to verify its authenticity and confirm it’s valid. In order to do this, you need to distribute your public key to everyone and they need to sign it.

The way you distribute the public keys is up to you, but there are tools like Keybase or private keyservers available which you may choose to use. Obviously, it’s not recommended to send your puppetmasters GPG key to keybase. The most important consideration here is that the public keys can’t be modified in transit somehow. This means sending the GPG keys via email over the internet is probably not a fantastic idea, however sending to your colleagues via internal email probably wouldn’t be so terrible.

At a very minimum, you’ll need to sign the keys from your puppetmaster that you generated earlier. In order to do that, export the key in ASCII format:

Copy the puppetmaster.pub file locally so it’s ready to import.

In order to sign it, copy the file locally to your machine from $distribution_method and then run this:

From here, you need to verify the signature, and if you’re happy, sign the key:

You’ll need to enter your own GPG keys’ passphrase in order to sign the key.

Everyone who’s going to be using encrypted yaml will need to perform this step for each of the keypairs you generate. This means when a new user joins the company, you’ll have to import and sign the keys that users generates. There are puppet modules which ease this process, and you can simply add a public key to a puppetmaster’s keyring by using golja-gnupg

If you’ve now created a web of trust, you need to make Puppet aware of the GPG keys. Firstly, you’ll need to generate a GPG key for your masters. We group our masters into different tiers, dev/stg and prod, and we ensure these keys are distinctly separate. Then, make sure the key is signed by the relevant people, otherwise it’s pretty much useless :)

Once your keys and gpg config are set up, you’ll need to get hiera-eyaml-gpg working.

The installation requirements are clearly spelled out here but for clarity’s sake, I’ll cover the process here. The process is basically the same for both users who’ll be using eyaml to encrypt values, and puppetmasters who will be encrypting values. From an OS perspective, you’ll need to make sure you have the ruby, ruby-devel, rubygems and gpgme packages installed. On CentOS, that looks like this:

Then, install the required rubygems in the relevant ruby path. If you’re using the latest version of puppetserver, you’ll need to install this using puppetserver gem install

One of the main ways that hiera-eyaml-gpg differs from standard hiera-eyaml is the gpg.recipients file. This file essentially lists the GPG keys that are available to decrypt secrets with a directory in hiera. This is an incredibly powerful tool, especially if you wish to allow users to encrypt/decrypt some secrets in your environment, but not others.

When the eyaml command is invoked, it will search in the current working directory for this file, and if one is not found it will go up through the directory tree until one is found. As an example, your hieradats directory might look like this:

With this kind of layout, it’s possible to allow users access to certain app credentials, datacenters or even environments, without compromising all the credentials in hiera.

The format of the hiera-eyaml-gpg.recipients file is simple, it simply lists the GPG keys that are allowed to encrypt/decrypt values:

The value of this can be found in the uid field of the gpg --list-keys command.

The final step in the process is to make hiera aware of this GPG plugin. Update to hiera.yaml to look like this:

At this point, puppet should use the GPG extension, assuming you installed it correctly previously

At this stage, you’ve done the following:

The final step here is adding an encrypted value to hiera. When you did gem install hiera-eyaml you also got a handy command line tool to help with this.

In order to use it simply run the following:

You’ll be asked to enter your GPG key password, and then you’ll get dropped into an editor with something like this in the header:

As we noted, you’re using the GPG plugin, so add your value like so:

When you save the file, you can cat it again and you’ll see the value is now encrypted:

From here, you can push it to git and have it downloaded using the method you use to grab your config (I hope you’re using r10k!) and the puppetmaster (assuming you set up the GPG encryption correctly!) will be able to decrypt these secret and service it to hosts. 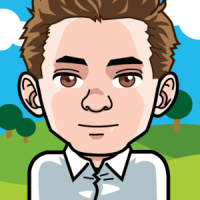